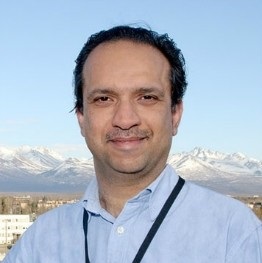 Robotics are increasing being use for manufacturing, assembly, warehouse automation, and service industries. However, current robots have limited capabilities in terms of handling new environments or working next to humans or with the humans. In this talk, we highlight some challenges in terms of developing motion and task planning capabilities that can enable robots to operate automatically in such environments. These include real-time planning algorithms that can also integrate with current sensor and perception techniques.  We present new techniques for realtime motion planning and how they can be integrated with vision-based algorithms for human action prediction as well as natural language processing.  The resulting approaches use a combination of ideas from AI planning, topology, optimization, computer vision, machine learning, natural language processing, and parallel computing. We also demonstrate many applications in terms of autonomous picking, avoiding human obstacles, and operating as cobots. Given that China has been the biggest purchaser of industrial robots, we also highlight the potential benefits of these technologies for Chinese robotics and manufacturing industries.

Dinesh Manocha is currently the Phi Delta Theta/Mason Distinguished Professor of Computer Science at the University of North Carolina at Chapel Hill.  He received his Ph.D. in Computer Science at the University of California at Berkeley 1992.   Along with his students, Manocha has also received 14 best paper awards at the leading conferences. He has published more than 450 papers and some of the software systems related to collision detection, GPU-based algorithms and geometric computing developed by his group have been downloaded by more than 150,000 users and are widely used in the industry. He has supervised 32 Ph.D. dissertations and is a fellow of ACM, AAAS, and IEEE. He received Distinguished Alumni Award from Indian Institute of Technology, Delhi. He was a co-founder of  Impulsonic, which was acquired by Valve, a leading VR and gaming company.