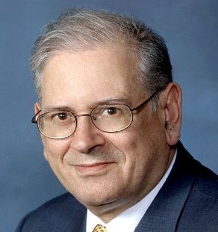 摘要：Dr. Kahn will discuss the role of the Digital Object Architecture as an evolution of the Internet to simplify the management of digital information. Topics to be covered will be the Digital Object Interface Protocol (DOIP) and interoperability across heterogeneous information systems, persistent access to digital information over both short and long time-frames, as well as the role of repositories, registries and identifier/resolution mechanisms as components of the architecture. He will discuss the use of types and type registries, and the need for integrated security. Several applications will be mentioned. Finally, he will discuss the role of the non-profit DONA Foundation, based in Geneva, Switzerland, in fostering the evolution of the architecture and in providing overall oversight of the Global Handle Registry in conjunction with multiple administrators around the world, including a Coalition for Handle Services in China.

简介：Dr. Robert Kahn is the co-inventor of the TCP/IP protocols and was responsible for originating DARPA’s Internet program. Known as one of the “Fathers of the Internet”. While serving as the Director of Information Processing Techniques Office (IPTO) at DARPA, he initiated the United States government's billion-dollar Strategic Computing Program, the largest computer research and development program ever undertaken by the federal government. Dr. Kahn conceived the idea of open-architecture networking and coined the term National Information Infrastructure (NII) in the mid 1980s, which later became more widely known as the Information Super Highway.

In 1986 Kahn founded the Corporation for National Research Initiatives (CNRI), where he is CEO, and President. CNRI is a not-for-profit organization that provides technical leadership and funds research and development of emerging information infrastructure components.

In December 1997, President Bill Clinton presented the U.S. National Medal of Technology to Kahn and his colleague, Vinton Cerf, for founding and developing the Internet. In 2004, Kahn was the recipient of the ACM Alan M. Turing award (sometimes called the “Nobel Prize of Computer Science”) and in 2005 he was given the Presidential Medal of Freedom by President George Bush.

In his recent work, Dr. Kahn has been developing the concept of a Digital Object Architecture (DO Architecture), with the Handle System as a key component. The DO Architecture provides a framework for interoperability of heterogeneous information systems. Dr. Kahn is also a co-inventor of Knowbot programs, mobile software agents in the network environment.

Dr. Kahn also chairs the Board of Directors of the DONA Foundation, a non-profit organization registered in Switzerland to evolve the DO Architecture and provide overall administration of the Global Handle Registry (GHR), a key-component of the Digital Object Architecture.